The “Our World Is Not For Sale” (OWINFS) network is a loose grouping of organizations and social movements worldwide fighting the current model of corporate globalization embodied in global trading system. OWINFS is committed to a sustainable, socially just, democratic and accountable multilateral trading system.

Developed countries have Blocked the Development Agenda; Real Access to Treatments, and Diagnostics; Flexibilities for Fisherfolk; and Permanent Solution on Food Security

Geneva, Switzerland--Today, a group of civil society working together through the global Our World Is Not For Sale (OWINFS) network, dramatized the correction of the false media narrative of blaming developing countries for what is happening in the WTO negotiations.

The vast majority of members of the WTO, who are developing countries, have made consistent and repeated contributions to the negotiations, to resolve the challenges to their development from harmful WTO rules. The EU, US, UK, and Switzerland have consistently blocked the proposals. Instead, these countries have demanded expansion of the WTO’s harmful policies on WTO reform, the false “WTO Response to the Pandemic;” Fisheries subsidies disciplines that hurt developing countries, and leaving in place onerous WTO rules on Agriculture.

Videos of previous protests, and quotes from civil society, documents of analysis by CSOs are available here: https://ourworldisnotforsale.net/MC12.

On the TRIPS waiver on intellectual property rules to save lives during the Covid pandemic, civil society leaders urged countries to reject the counter-proposal Director General text with its onerous new TRIPS+ provisions which would actually add new obligations to TRIPS (Trade-Related Aspects of Intellectual Property Rights) on developing countries rather than save lives.

They demanded a permanent solution to public stockholding, so developing countries can achieve food security through increased production. They urged delegates to reject the anti-development fisheries text, and to start again with a pro-development proposals. And they condemned the Green Room tactics and false promise of “WTO Reform” which is actually a developed country agenda to abandon multilateralism, consensus, and development architecture of the WTO.

Mike check
What does the world need?
Access to vaccines
Diagnostics and therapeutics
10 Years is the Minimum!
Did we get it?
No!!

What does the world need?
Food security
Permanent Stockholding
Did we get it?
No!!

What does the world need?
Support fish stocks AND fisherfolk!
Did we get it?

No!!!
What does the world need?
WTO transformation
Did we get it?
No!!!

WTO failed the world
Why did it fail?
Developed countries blocked development!

Who is to blame?

Developing countries are to blame?

Developed countries are to blame!

Give them the blame award!

Who blocked a real TRIPS waiver?
Access to Vaccines
Treatments, Diagnostics
Who pushed a FAKE TRIPS waiver
Will NOT expand access
Will NOT save lives!

Give them the blame award

Who blocked REAL food security?
Permanent Solution
US, EU, Australia!
Give them the blame award!

Who blocked WTO transformation?
Development Agenda!
Developed countries!
Give them the blame award! 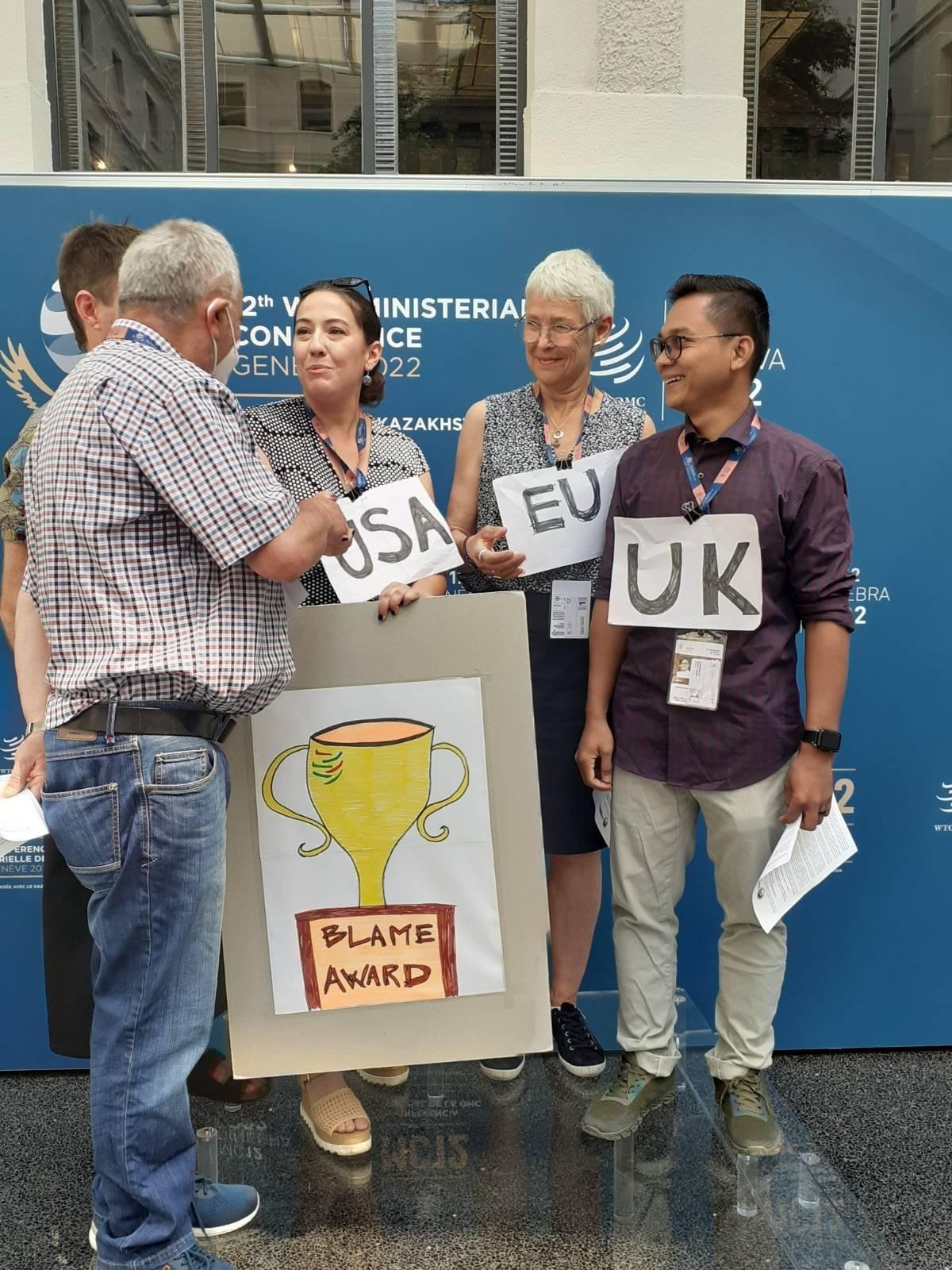 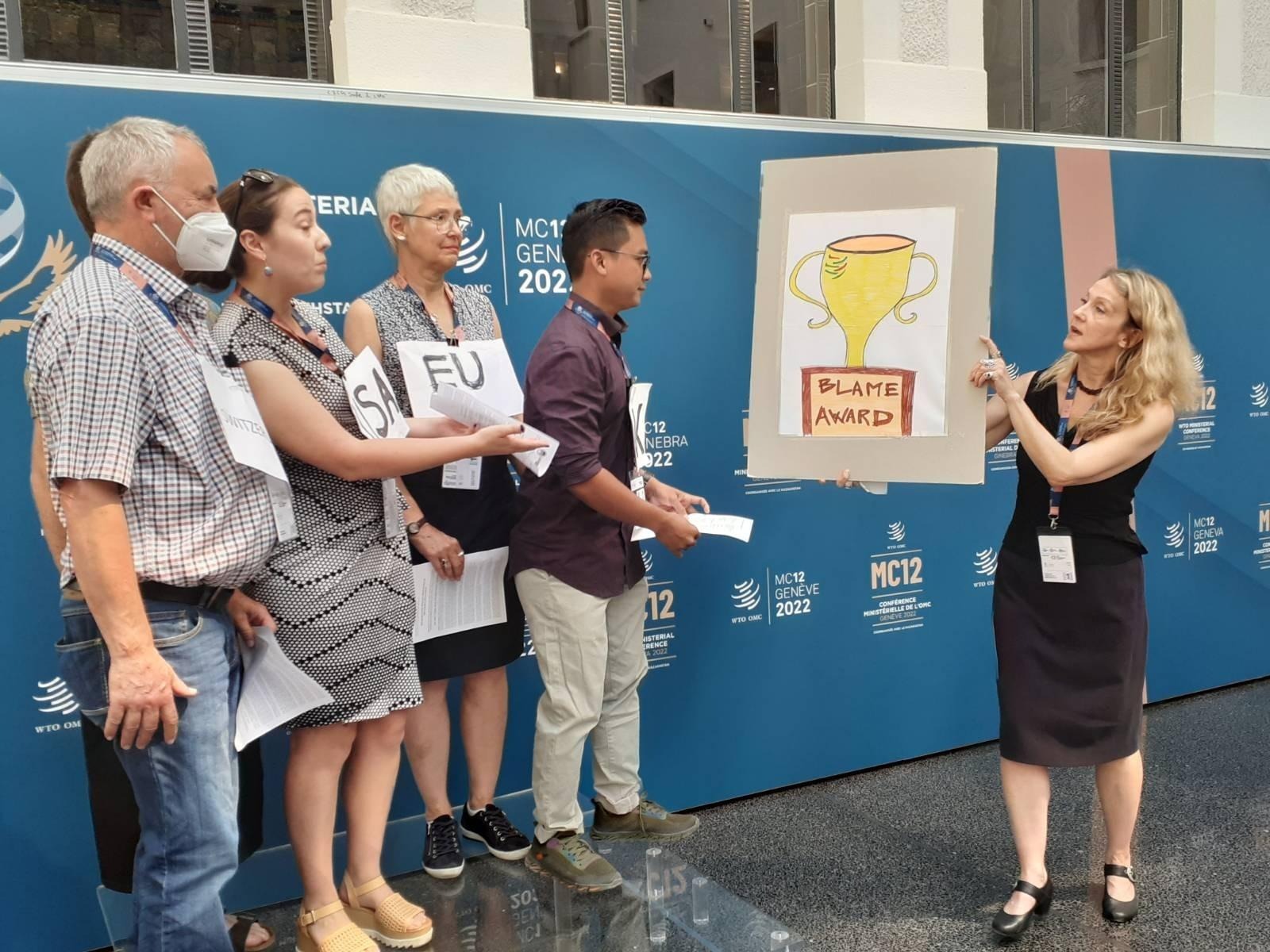 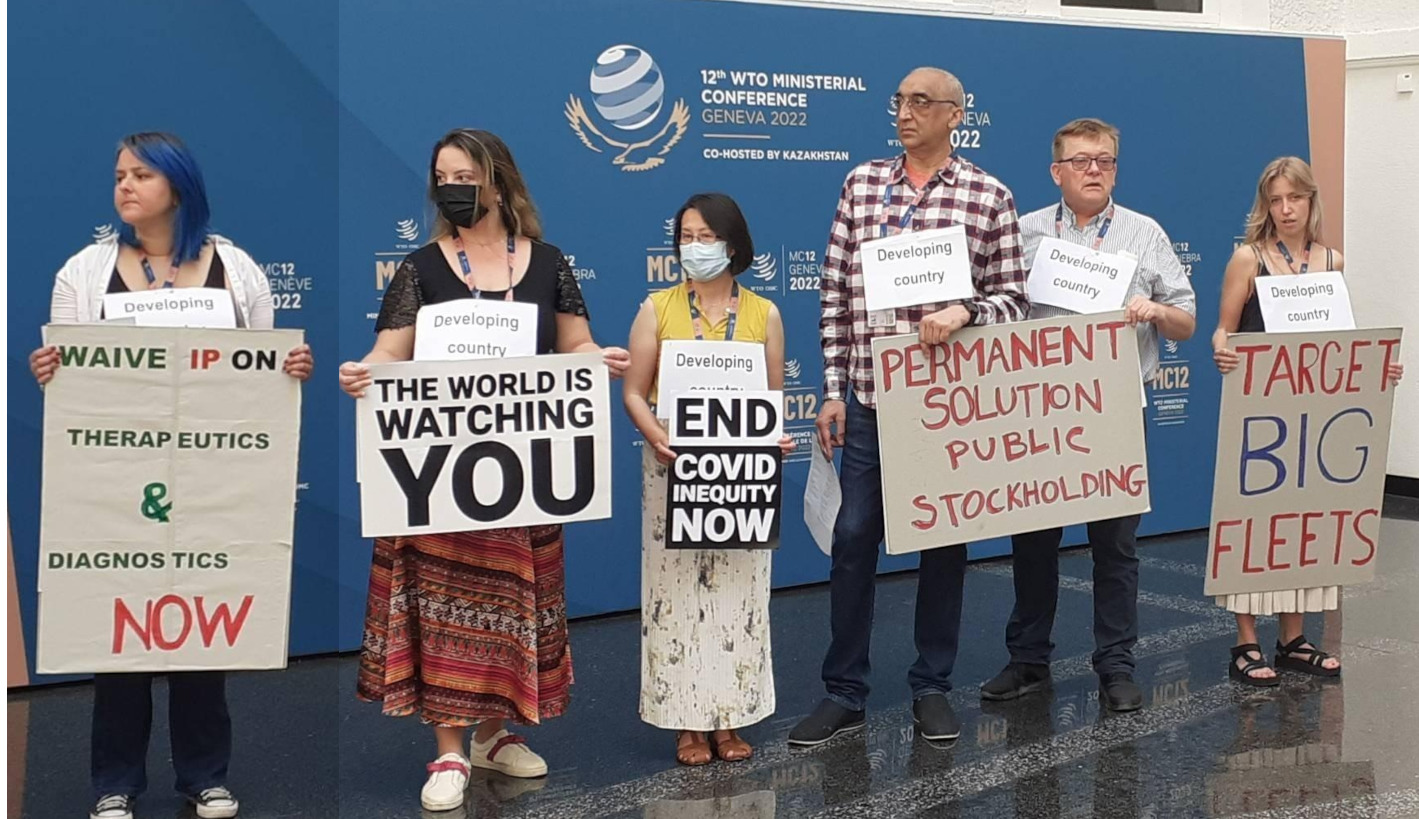